The Katjvarna Empire is currently in war with the neighboring Kiorka Republic. In some area in the Katjvarna Empire, Ikta Solork is preparing to take the High Grade Military Officer Exam due to an agreement made long ago. No one would have predicted that such a lazy, war-hating, woman-lover would eventually become a great commander by other soldiers. With his exceptional abilities as a tactician, Ikta struggles to survive in this world filled with war… 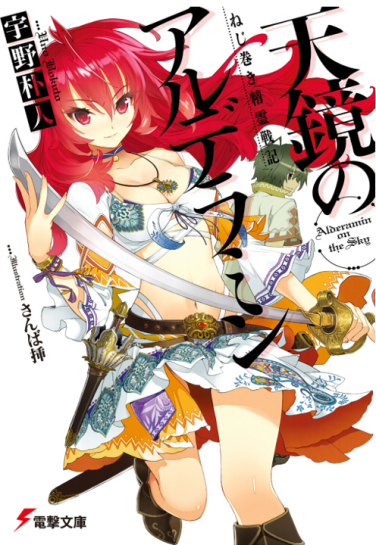 Alderamin on the Sky is a military fiction light novel where our lazy and yet intelligent protagonist hopes to become a librarian. At least, that was his original goal anyway, until he becomes a soldier with the hopes of 20 million people in his nation riding on his back. In a series of unfortunate events, the first volume of Alderamin of the Sky makes an big impact, confirming the unexpected path our main character will take and his adventures as a newly commanding soldier.

The story takes place over several months and the volume does well to fluidly connect events together. The plot starts with the introduction of our main characters Ikta Solork and Yatorishino Igsem and their plans to take the High Grade Military Officer Exam, a test for new graduates to become official military officers. The two meet other test takers and they shortly become allies with each other. On their way to the examination area, the ship they boarded starts to sink and they are the only people able to escape, with a certain young princess on board as well. Through a series of unfortunate (or fortunate, depending on whose perspective), they pass the High Grade Military Officer Exam with the title of “Imperial Knight.” 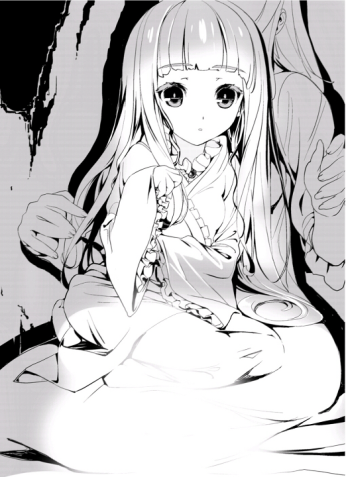 From here, the story begins the training and adventures of the cast as military officers, displaying their intellect and abilities. The military fights and strategies are the one of main highlights of this series. In battle situations, we see the perspective of both forces in the “war simulation” and how the characters formulate battle plans. It’s like watching an intense game of chess, seeing how each person views the situation and moves appropriately. The writing also assists in translating the action and plans for the reader to understand. For example, at first we perceive our main character’s commands to be unusual but later on, the story follows up with a small explanation on why he chose that particular action. Of course, he isn’t the only one to formulate clever war plans. Instead of just having one particular course of action be the only method, the characters bounce off each other with their battle plans with reasons on why they should move a certain way. What’s commendable about this is that by having more than one character having knowledge of military warfare, these characters are given the opportunity to argue against their plans, point out clear contradictions, or input suggestions. And once the strategies are put into place, it becomes extremely thrilling. Even if the plan doesn’t happen as planned, it’s exciting to see characters quickly adapt to the situation.

“–It was the 21st turn, my buddy Matthew. It was when you let your Air Gunning Troops, whose merging of war forces was obstructed, uselessly be taken by the enemy line. There, you should have graciously retreated, and shifted to protect.”

Aside from the battles themselves, there are large events happening behind the scenes, regarding the state of the two opposing countries. There is foreshadowing scattered throughout the volume and by the end of the plot, the series sets a defined goal for Ikta to accomplish, which is very intriguing considering what the objective is. And with the personality and ideals of our main character, the goal can be described as ironically fitting.

Ikta Solork hates war, loves women, and is incredibly lazy. Despite that, he’s a talented military tactician with superior intellect. He’s a very carefree individual with his main goal of living a peaceful life, until he gets wrapped up in this mess. When talking with others  his personality is very sarcastic and cynical, but he has a certain atmosphere about him that causes others to be intrigued with him.

Additionally, the way he acts is similar to his style of thinking, which he points out to be “science”, a term unknown to many people in the world of Alderamin. I don’t doubt that people aren’t smart in the world of Alderamin, but “science” is used to emphasize Ikta’s character. To us, this is common knowledge, but as Ikta introduces the mechanics of a hot air ballon for example, he uses reasoning to explain it to his fellow allies. Most of his tactics aside from social confrontation are based upon his logical thinking and it fits well with the content in this series.

Conclusion. The evolution of humanity, all of it was led by the impulse of, ‘I want to relax.’ …If that is the case, what about war? Of course, war is also the same. That is to say, the ‘relaxed war’ is therefore the ‘correct war!’”

The second main character introduced and the cover girl for this volume is Yatorishino Igsem. She is very different from Ikta; a descendant of the royal family, a top student in her class, and very popular amongst faculty and students. At first, it appears quite odd that she would choose Ikta as her “partner” for the exam, but as we are led to believe, there is a deep history between the two of them. She takes after Ikta in terms of hiding personal interests such as searching for allies or her true feelings, but she remains composed for her self-image. Yatori, as the novel refers to her as, is the closest person who understand Ikta; to his personality, his style of thinking, and even his strategy mindset.

But unlike Ikta’s throughly self-sufficent personality, Yatori is very faithful to the army and will act in best interest to her country. While her strength as a commander is beneficial to gaining respect as a commander, there is subtle hints of inner conflict between her personal ethics and her duty. I’m interesting to see how her character turns out as the volumes go on, but considering this volume was heavily focused on Ikta, I’m perfectly fine with this.

Torway Remeon, Matthew Tetdrich, and Haroma Bekker are the other allies of Ikta and Yatori and while two of the three of them don’t have a big impact on the story, their characters gives us enough background on the type of person they are. Torway gets some spotlight featuring his inferiority towards his brothers and his skills as a soldier. Luckily the story gives him enough time to give him some early development and a resolution.

The illustrations were created by Sanba Sou, whose only official work is this series. I can’t say I really like these illustrations very much. Most of the drawings are illustrations of the characters  there is a lack of consistency between character designs in regards to the facial features and body structure. Some clear examples are the depiction of the eyes as they look very bug-like. I do commend the detailed work on the uniform designs. 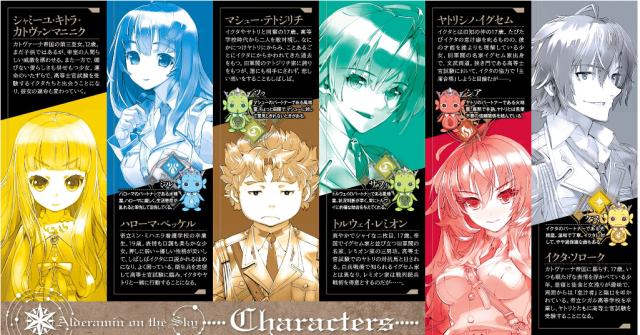 Alderamin on the Sky features a snarky protagonist who just wanted to become an librarian. Unfortunately for him, he becomes wrapped into a large scale plot in which he has to rely on his skills as a commanding soldier to survive the war between the two nations. With a well paced narrative, interesting characters, and engrossing battle simulations, Alderamin on the Sky is a very entertaining read and I would highly recommend this first volume.

At the time of this publication, Alderamin on the Sky currently only has one volume out of Baka-Tsuki and I would very much love to see the continuation of the series.

1 Response to Light Novel Review: Alderamin on the Sky [Volume 1]