Posted on February 14, 2016 by theaugusthail

The new king and queen of Immanity, Sora and Shiro, have finally begun to make their move to conquer the world. They have their eyes set on the land of the animal girls, but to set their plan in motion, the two siblings must get back their information that the late king betted away. Sora, Shiro and Steph venture to the Elkia Grand National Library where they confront the individual who won from it Immanity, the Flugel angel named Jibril. 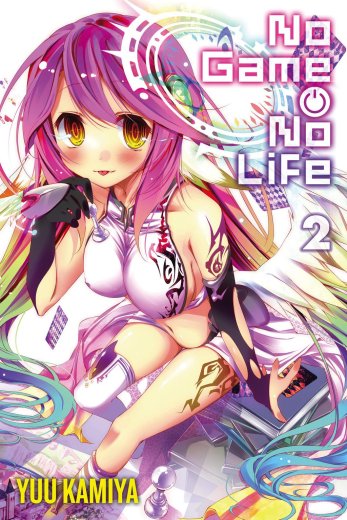 The volume is split into two parts: Sora and Shiro’s fight against Jibril and the encounter with the Werebeasts. Despite the series being about the games itself, most of the volume is dedicated towards preparation for the main event. Even the smaller bets are small parts that actually refer towards a later plot element or offer extra detail towards world-building.  To quote Sora:

“All these ‘invisible variables’ determine the outcome of the game before it even begins.”

For Sora himself, we get to see his thoughts and attitudes about humanity. While he may look like appear like a manipulative jokester, as one might think of his treatment towards others, especially Steph, he can actually act benevolent at times. Sora later goes on to explain more about his personal philosophy regarding people and it is during these times, either in a game or in casual conversation, that Sora is at his prime. There was a trace of this back in volume one, however it was not expanded deeply like in this volume. 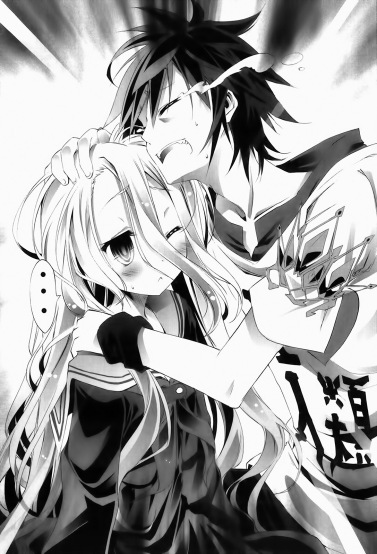 While this one enjoyable part of Sora’s character, the other side is just as intriguing. The games played are more mind-involving using reasoning and deduction to checkmate the opponent. These interactions are a lot more engaging than the regular games played due to the need to outsmart the opponent rather than using clever loopholes or tricks. While Sora is speaking, the light novel also helps the readers process Sora’s thinking process by using a third person narrative to add more details. 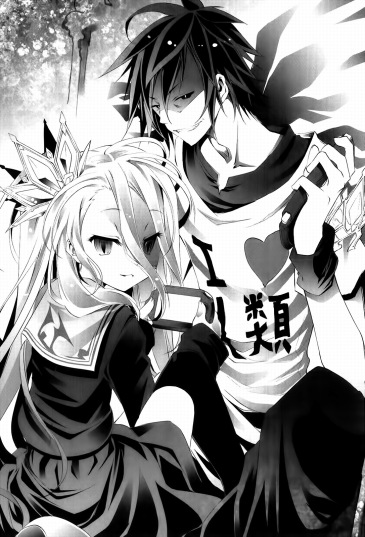 Steph also gets more development to her in the form of affirmation. We get more information about Steph’s grandfather but not in the way Steph would like it. In previous references to him, he was called a foolish king- and that’s how he was perceived as until Sora came into the picture. By the end of the volume, Steph doesn’t change personally but her perspective of Sora does, as the series often expresses. 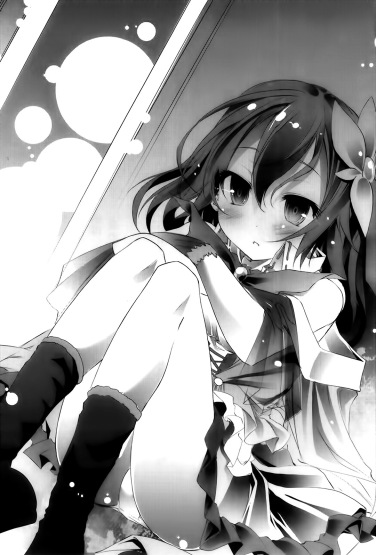 Our opponents this time build on the perspective of humanity being weak, this time from direct opposition. Previously, we were told this from an equal standpoint, showing that even humans devalue themselves. With the addition of new races in the story, it adds on the idea that no matter how high in status you are, underestimating the underdogs is very dangerous; that arrogance can lead your downfall.

The illustrations remain the same type of quality from the first volume: very colorful in the color illustrations, detailed in the full body profiles, and more tolerable ecchi drawings (although that’s not saying much.) While it still has its typical perverted quirks, the scenes are a bit more tamer this time. The writing is much improved from the first volume; it still has Yuu Kamiya’s odd writing style but the translation is easier to follow. 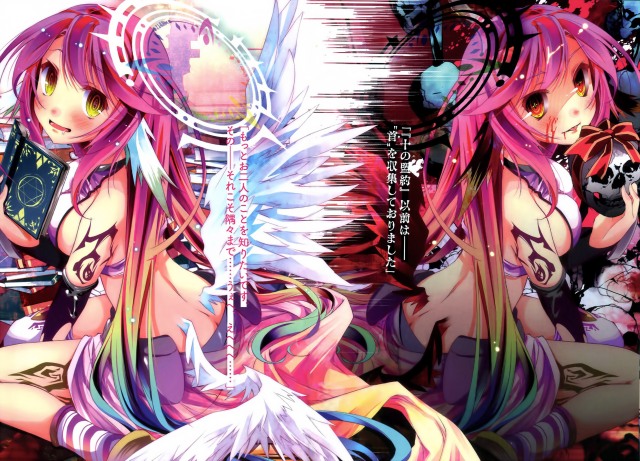 The second volume of No Game No Life is an improvement over the first volume; it provides a more psychological experience with its games and well as having more development towards our characters and the world they live in.

Afterword: I was rewatching bits of the anime adaptation of No Game No Life and I have to praise it for how the characters were adapted, amplifying their behaviors tenfold whether comedic or dramatic. For example, the tea spitting scene was much enjoyed in the novel and the anime amplified that feeling.

1 Response to Light Novel Review: No Game No Life [Volume 2]