Kirito has entered the VRMMORPG world of ALFheim Online to rescue his lost companion Asuna. Together with a native player of the game, Leafa, he arrives at the base of the World Tree where the only way to reach Asuna is to reach the top of the tree. But as he gets closer to his goal, hidden secrets start to pour out, about the World Tree, the identity of Leafa, and even the game of ALFheim Online itself. 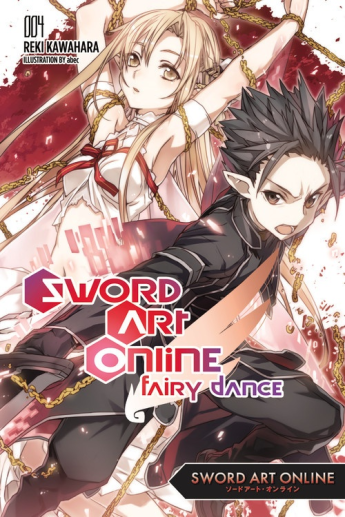 Sword Art Online volume 4 is the second part of the Fairy Dance arc, continuing from the events in the last book. This is also a conclusive end to most of the plot elements set in the previous volumes. The death game of Sword Art Online is finished, character arcs are resolved, and the story at this point is brought to an end. The Fairy Dance arc is completed, but not without taking hits in addition to its previous faults from the first volume in the arc. 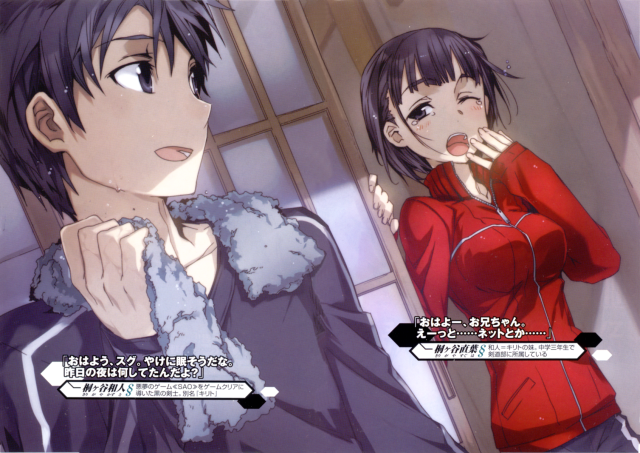 Volume 3 dealt with the idea of freedom with Kirito’s release from SAO, Suguha’s desire to fly free, and Asuna’s wish to escape her jail. While the readers may have a grasp on the motives by perspective alone, volume 4 is where these feelings are relayed to the other characters. They realize that their emotions and feelings are real, no matter  which world they were. If I had to describe it, it’s an extension of the Lisbeth’s arc in volume 2. Our main characters come to that same realization similarly to Lisbeth, but the reveal shown in the story expands those themes.

Suguha aka Leafa comes into a confrontation with her feelings about Kirito. There’s two types of love that come into play here: A romantic love and a compassionate love. Note that these two are completely different types of affection, but the differences between the two are tough to identify in the light novel. The problem Suguha is facing is the abrupt and changing bond between her and her brother. After being neglected for a long period of time and the fact that they don’t have any real blood connection to each other, the sudden nice treatment from Kirito must have been shocking for her. The two types of affections often conflict with each other, and makes it slighly unclear what her desire really is by the end of the two volumes.

After giving us statements about how feelings in the game are conveyed identically to the real world, Kirito is blind to how his actions have affected Suguha. It is only after the confrontation that he decides to “remember” what he did that affected her so much. His monologue about escapism is a very abrupt reveal of previous backstory that we never knew about Kirito and it loses its emotional effect. 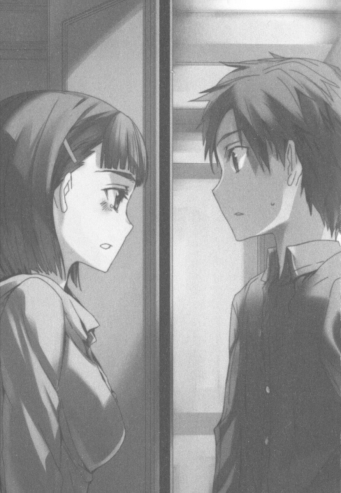 Sugou acts a clear antagonist for these two volumes, but he certainly isn’t a very good one. If the intension was to create a revolting character, Kawahara certainly created one. But as a villain, Sugou comes across as childish. The Fairy Dance arc is also the first time Sword Art Online has used forced sexual acts to create dramatic tension and the methods used here are very pathetic and off-putting. Sugou and his minions are the direct offenders, using instances of rape against Asuna. It’s an unnecessary element to the Sword Art Online series and it causes Asuna to descent down into an even worse state than in the previous volumes.

The illustrations have an increase in quality this time around. The color illustrations are detailed and the color scheme used for each pictures looks very distinct. The use of light and shadow are also noteworthy features, as they highlight the colors very well. For the black and white illustrations, there is an increase in detailed linework for both the characters and the monsters.

Sword Art Online: Fairy Dance loses what made the premise interesting in the first place, in exchange for a change in atmosphere. The themes are scattered around the volumes and the characters attempt to convey their motives and feelings to each other but it becomes very unclear with a very lackluster and poor plot. Volume 4 acts to bring the concepts together however with a weak foundation, it can’t recover for its errors made.

* – If you wanted to see what Fairy Dance was really about thematically, you would be better off reading the Light Novel volumes rather than the anime version of the arc. But it’s not that good in the light novel format either.