Forewarning: The Empty Box and Zeroth Maria has been licensed by Yen Press. Please support the official release once it comes out.

Kazuki Hoshino has only one thing left to do in his battle against ‘O’ and the boxes.

Save the Zeroth Maria and regain his everyday life. 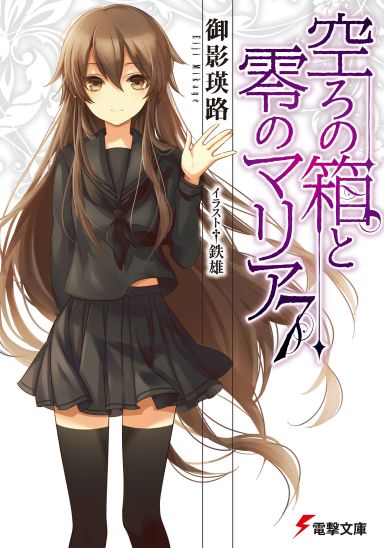 Here we are at the final volume of The Empty Box and the Zeroth Maria. Despite the dramatic foreshadowing in the previous volume, this edition doesn’t really feel like a final confrontation against ‘O’, but a very slow paced emotional acceptance against traumas. However while Kazuki Hoshino and Maria Otonashi are the main focus here, the story ties up loose ends with the rest of the HakoMari cast, in their own respective viewpoints.

Kazuki confronts ‘O’ and upon realizing that Maria has lost her memory, Kazuki is given a challenge by ‘O’ to enter the ‘Flawed Bliss’ and return the Zeroth Maria to his everyday life. He enters a world where everyone is happy and living peacefully-only to soon realize that this ideal world is a fake. Kazuki realizes that the world he has entered functions similarly to ‘Repeating Classroom’, repeating a never-ending day of bliss. Therefore, Kazuki takes drastic measures to retain his memory. 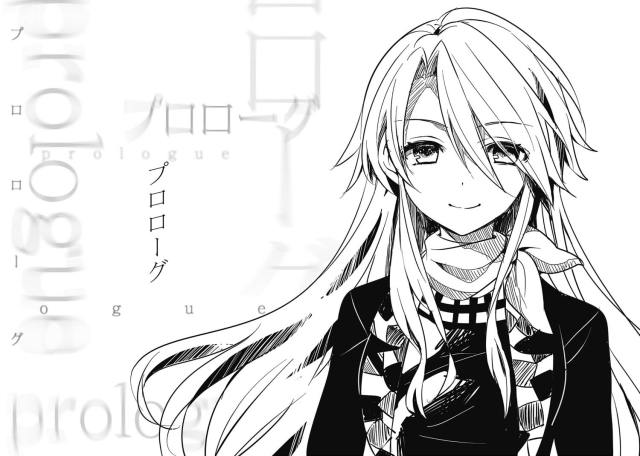 We have seen Kazuki do merciless and cruel acts. His self-inflicted scar on his right hand is proof that he has changed. He claims to have opposed everyone and everything for the sake of meeting the Zeroth Maria, but his journey inside the ‘Flawed Bliss’ will test his resolve to truly abandon everything as he loses his sanity and moves closer to despair. It’s a continuation of his abnormal and frightening determination from previous volumes, so it’s nothing we haven’t seen before. As a result, Kazuki’s side of the story gets a bit repetitive, since the ‘Flawed Bliss’ uses the time iterations plot gimmick. However, we aren’t here simply for Kazuki, but the princess he is searching. 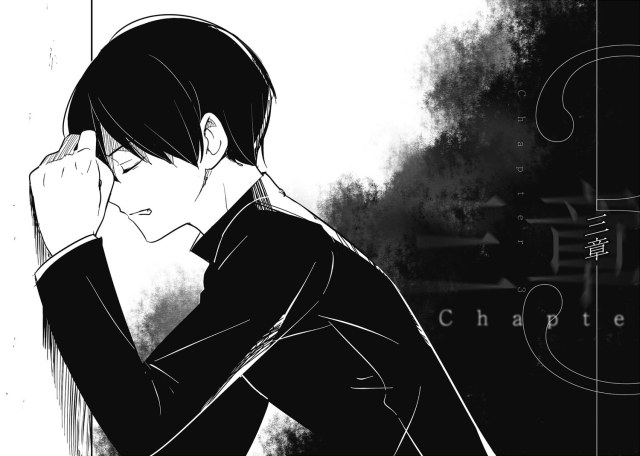 Maria Otonashi splits the narrative with Kazuki for two chapters. The first chapter covers her family history and Aya Otonashi, and the second chapter has Maria reflect upon her beliefs and her ‘Flawed Bliss.’

Aya Otonashi is as much of a overwhelming figure as Maria made her out to be, adding in the fact that she is able to predict the future. Maria eventually idolized her half-sister as a perfect and ideal individual in her mind. Unfortunately, through a future prophecy that Aya foretold, Maria became trapped in the ideals of her half-sister, which resulting in Maria becoming her sister, Aya Otonashi. 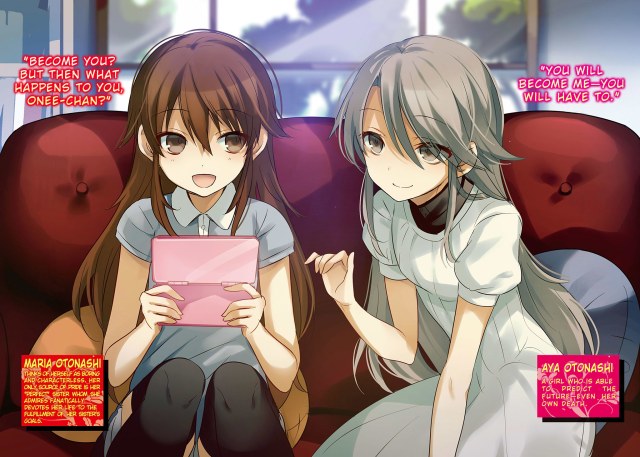 Maria may have considered Aya an ideal person, but at the same time, her actions are fearsome. Her morales and behaviors are on the same level as the present Kazuki, or if we want to draw an very close parallel, ‘O.’ The way Maria tells the events of her past is set up in a way so she gives the reader her skewed perspective of her sister. So when Kazuki attacks Maria’s inherited ideals in the latter half, it creates a powerful reflection moment from Maria which can be interpreted as this volume surprise factor. 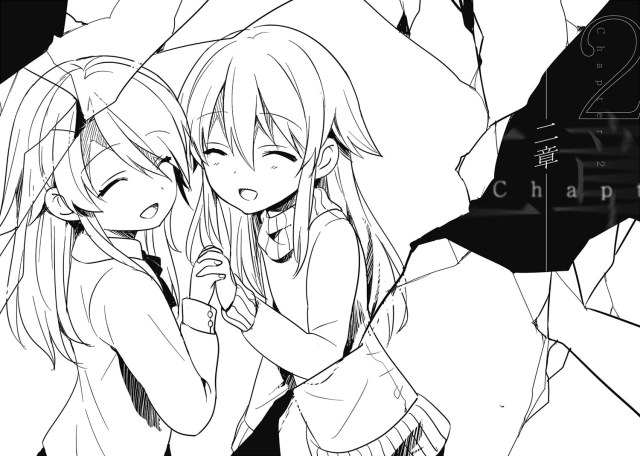 The latter half is where both characters are given their final push. Kazuki continues his path to find the Zeroth Maria at the expense of his humanity, and Maria takes a deep look at her own ‘Flawed Bliss’ to realize many truths. If there is one thing I found a bit different to wrap my head around, it’s the method in which the characters are informed of the events happening around them. The novel attempts to remedy this through the supernatural aspects of the ‘Flawed Bliss’ but it still feels like a vague concept for the sake of moving the plot forward. 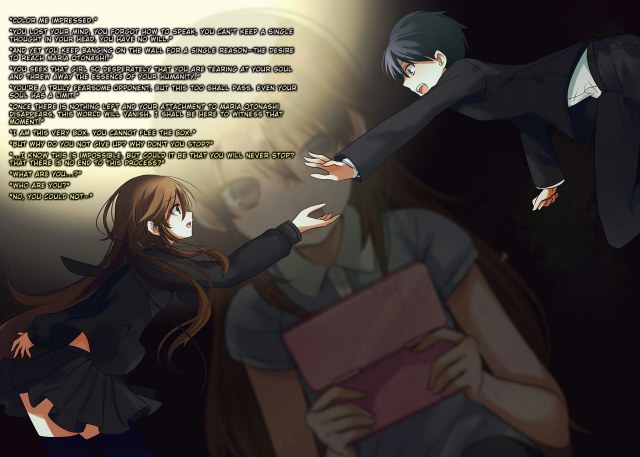 While the chapters themselves are very good, the epilogue itself goes above and beyond as we see how our the rest of the characters have progressed and developed. Set a year after the end of fourth chapter, each character tells us about their current circumstances. Kasumi Mogi comes to terms with her love life, Yuuri Yanagi reflects on her’s and Iroha Shindou’s current goals, Kokone Kirino is watching over Daiya Otomine, and Haruaki Usui is attending college while playing baseball regularly. 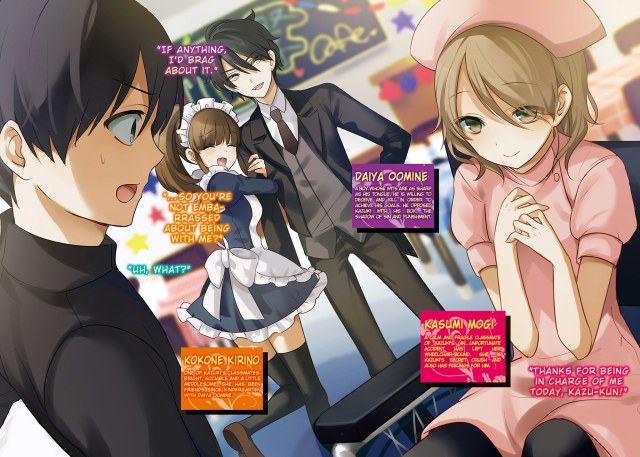 Each character calls back the concept of ‘returning to an everyday life’ with forgiveness and atonement as a central themes, in addition to how they have changed or have been revitalized from the events taken place. While each individual conveys themes especially well, I would like to highlight Haruaki as a noteworthy character. We had a sense of his personality from his actions, but as his story goes on, HakoMari actually addresses Haruaki as a fantastic counterpoint to the main leads due to his beliefs and inner thoughts that the readers may have overlooked. 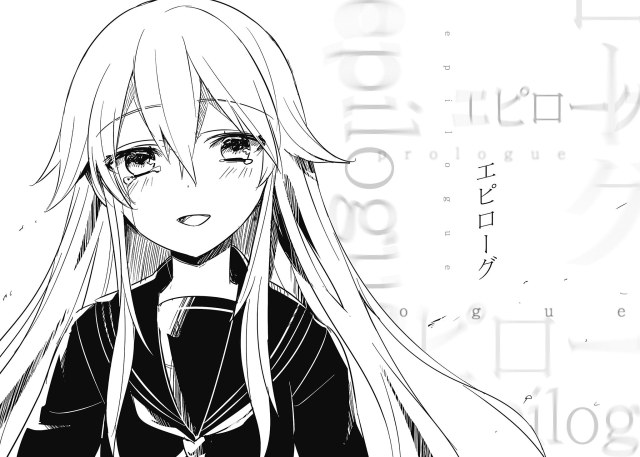 This final volume of HakoMari is a very fitting end to a very good series. Kazuki and Maria finally reach each other through acknowledging and confronting their own doubts and experiences. Additionally, the epilogue wraps up any loose ends with all characters involved, bringing back established central themes. In conclusion, I highly recommend this light novel series to anyone interested.

1 Response to Light Novel Review: The Empty Box and the Zeroth Maria [Volume 7]